Kilsaran has announced the signing of a new partnership agreement with CarbonCure Technologies to bring a lower carbon cement to its clients. The project represents a €1m investment by Kilsaran and will create an additional eight jobs in the areas of project support and R&D.

A statement from Kilsaran said that deal would allow the company to deliver a lower carbon solution to its clients in the construction sector.  CarbonCure Ready Mix is a technology that introduces captured carbon dioxide (CO₂), into fresh concrete while it’s being mixed. Once injected, the CO₂ chemically converts into a mineral, which permanently embeds within the mix and improves the concrete’s compressive strength.

This allows reductions of carbon-intensive cement, resulting in the same reliable concrete product but with a smaller carbon footprint, Kilsaran said.  Kilsaran will begin a phased rollout of CarbonCure with a trial period of production at two Kilsaran ready-mixed concrete plants in Dublin. A limited number of Kilsaran customers will participate in this trial in 2022.

Commenting on the announcement, Keith Goodwin, group technical manager with Kilsaran, said: “The introduction of Carbon Cure will enable Kilsaran to offer their customers concrete that is not only better for the environment with a reduced carbon footprint but with increased long-term durability. Kilsaran has long been a leader in environmental best practice, having been the first concrete producer in Ireland to introduce GGBS, a by-product from steel production as a partial cement replacement over 20 years ago.”

Based on evidence from existing projects in the US, Kilsaran said that the CarbonCure solution typically reduces the greenhouse gas emissions impact of concrete by four to six per cent, and in certain cases, as high as 10 per cent. Goodwin advises that the use of CarbonCure can effectively reduce the CO₂ associated with a typical delivery of concrete by up 120 kg. “In an industry which accounts for a significant percentage of global emissions, such innovation is essential if we are to achieve our global carbon reduction targets,” he said.   For more information about CarbonCure from Kilsaran see here.
Last modified on Friday, 11 February 2022 09:40 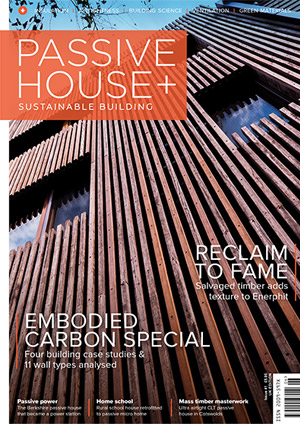