The plan contains a “core measure” of cutting the embodied carbon of construction materials by 10 per cent, and a “further measure” of reducing the embodied carbon of construction materials by up to 60 per cent. Core measures are integral goals of the plan, while further measures are defined as necessary but "more technically challenging or not yet available at scale in Ireland". The plan also makes specific reference to using more timber in construction.

“We are delighted that this is finally addressed in the climate action plan," Pat Barry of the Irish Green Building Council told Passive House Plus. "We have recently carried out an initial study with UCD that indicates embodied carbon of construction may be responsible for up to 11 per cent of carbon emissions in Ireland, the same as residential heating, but it has largely been ignored to date. However, we should not forget that these emissions are a factor of both the carbon intensity of the materials used and the quantity of materials used. It is hence critical to start measuring the whole life carbon impact of all projects. The industry is responding, with the RIAI publishing benchmarks on the embodied carbon of buildings through their climate challenge to their members this week. The IGBC will also be shortly launching a free carbon designer tool sponsored by the Land Development Agency and EPA to facilitate early measurement at the design stage."

The plan also commits to ending the use of fossil fuels in new homes, deplying "zero carbon heat" in 50,000 commerical buildings, and delivering up to 2.7 TWh of district heating. It also reiterates government targets to retrofit 500,000 homes by 2030, and to install 600,000 heat pumps, two thirds of which will be installed in existing buildings.

Susan McGarry, managing director of Irish low carbon cement maker Ecocem, also welcomed the plan. “The Climate Action Plan is the most progressive undertaking presented by government in addressing Ireland’s role and the impact of the long term climate crisis. The action to reduce carbon emissions by 51 per cent by 2030 is bold, admirable, and should be achievable for every aspect of industry," she said. “The programme of work to decrease embodied carbon in construction materials, including through the use of low-carbon cement blends, is welcomed, but only by deploying the full spectrum of technical solutions will we meaningfully accelerate decarbonisation of the construction sector." 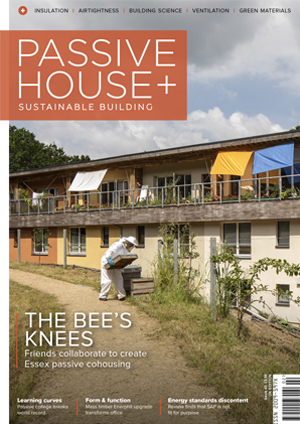